Phentermine – What is it and Should it Be Used at Weight Loss Clinics?

Weight loss is not exactly an easy thing to go through. Mostly, this is because it requires a change in behavior. Especially compulsive behavior. Managing that kind of behavior to prevent self-harm is a struggle, especially if it was used for a coping mechanism for unaddressed issues. So, if you want to change your behavior, where do you start?  Do you go to the weight loss clinic before or after you have everything handled? What is even the right way to handle things? Is it the “easy” way or the “hard” way?

While you are often preached at to do things the “hard will-power” way,  by a lot of people who should frankly mind their own business,  that is not how human beings work.  In general, people, do not like to suffer if they can avoid it.  So we try to come up with tools and techniques that help us work smarter, and not harder. This is where drugs like phentermine come in.

Phentermine, is a pill that essentially works like an appetite suppressant. It is a short-term drug that is meant to help people who are struggling to see weight loss results. The average recommendation from doctors at weight loss clinics is to take it for four weeks along with the suggested dietary and behavioral changes that exist.  It is taken at the average dose of 8 mg around a half hour before each meal.

But, where did it come from? And why are doses so highly regulated in comparison to other medication? The answer to that comes from a drug that precedes Phentermine,  amphetamines.

The History of Amphetamine and Abusers of the Drug

Long ago, before there were weight loss clinics or parents worried about conditions like ADHD, amphetamines were initially created in a lab in the later 19th century in Romania. However, it didn’t see the light of day until chemist Gordon Alles saw them having some sort of medicinal potential.  He thought it could be used to cure asthma. However, when he saw the effects of the drug on asthmatic patients and noted it worked more like a stimulant and less like a breathing treatment, he patented it as an anti-exhaustion drug and sold it in the market during the early 1930s.

Amphetamines became a pill that perked up a person no matter what and became so popular that it was overprescribed over the next few decades.  It wasn’t until people started noticing long term side effects and its highly addictive nature that the government had to limit the amount that was to be prescribed to a person.

While amphetamines had a laundry list of side effects, which ranged from anxiety to violent behavior and cardiac arrest, it also had unintended positive side effects. Namely weight loss.

Amphetamines naturally suppressed the appetites of housewives who were watching their figure in the ’60s.  They would do anything to get it. Even illegal means like claiming their child had ADHD to get their hands on a prescription.

The Chemical Makeup of Phentermine 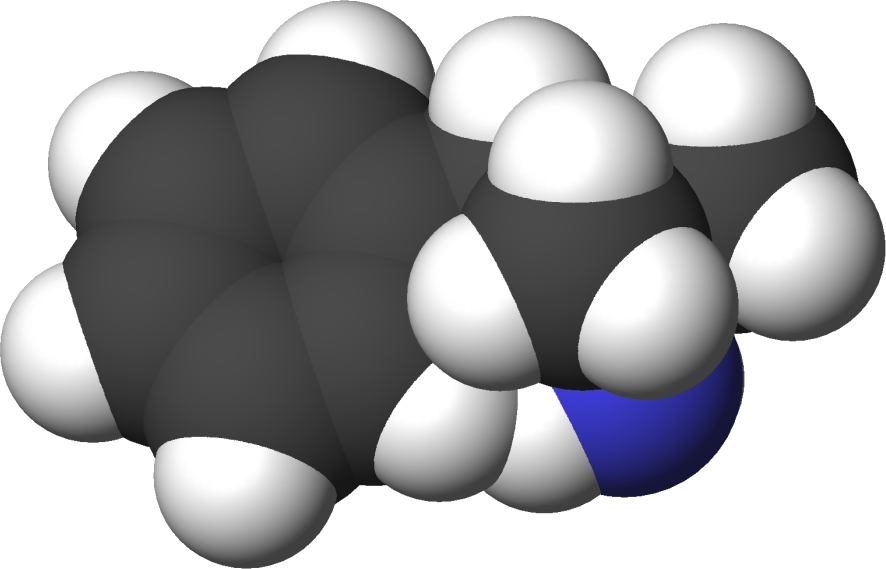 Also, before you start seriously considering the long term use of this as a weight loss pill, there is also the side effects.

According to the MayoClinic, “Side effects of phentermine include:

Other side effects of phentermine include:

The most common side effect out of the entire list is the heart valve disorder, which is very threatening to someone who just wants to lose a couple of pounds.

The sort of people who are discouraged from taking the medication includes people with glaucoma, pre-existing heart conditions, hyperthyroidism, and women who are pregnant/breastfeeding.

Should Phentermine be used in Weight Loss Clinics?

This is possibly the million dollar question in this article. And while everyone has different opinions about substance use and abuse depending on the era they grew up in and personal influences, the conclusion that I can reach will delight a few and disappoint others.

My personal answer to the question would be a cautiously hesitant yes, with a few mitigating factors. For starters, the pill should not be just given away freely to anyone who asks for it. Like amphetamines, there should be a limit to how much can be contextually distributed. Also, It would be far too easy to abuse a weight loss pill unless there was some sort of supervision involved.

So, unless it was distributed in a legitimate weight loss clinic where a morbidly obese patient can be monitored for signs of drug dependency.

The truth of it all boils down to the fact that drugs, shortcuts, and other ‘easy ways’ are always going to exist no matter how many long term side effects or addictive properties there are. The best thing that a weight loss clinic can do is to monitor the situation to make sure that the use of this aid won’t cause their patient any long-lasting harm.  It is better than not doing anything about the problem at least.