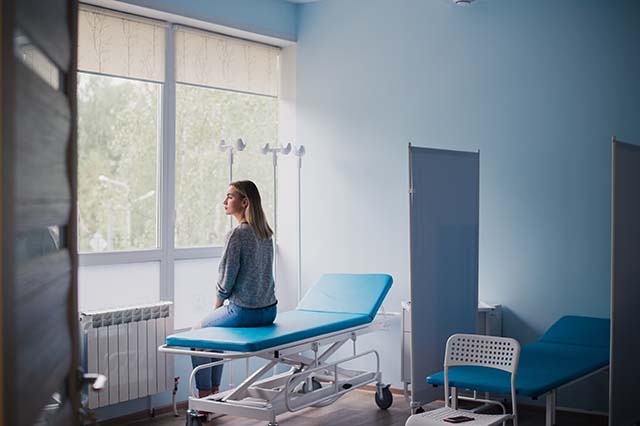 The ugly truth about caregiving and medical care today is that relationships between doctors and patients are tense at best. With insurance companies, administrative costs rising at unreasonable rates, little contact between patients and doctors, lawsuits, and outright conspiracy theory levels of suspicion, it is outright infuriating. Especially for doctors who try to convey the importance of medical compliance. This is especially true when it comes to dangerous procedures like bariatric surgery.

There are horror stories that medical practitioners tell of patients who outright refuse to listen to their doctor. Because either the patient thinks they know better, or they have yet to address the underlying psychological and environmental issues that make the condition worse. No one likes to be given a sermon at about this. In fact, most people are resistant when it comes to doing what they need to do. However, the consequences of long term damage outweigh the annoyance of someone else speaking up. So, we are going to be looking at what non-patient compliance looks like in the case of weight loss surgery. We will also look at possible reasons why it is there and what they can do to help.

The most dangerous form of non compliance that can be combined with bariatric surgery is alcohol consumption. It sounds like an exaggeration that misses the mark to anyone that would hear that statement. This is probably because alcohol is most likely the least controversial subject matter for most patients to talk about.

This is because culturally speaking, obesity and tobacco is still a relatively new controversy in the United States on a cultural level. Anti alcohol sentiment, however, has been around in American culture for decades, that date as far back as the temperance movement in the 1800’s leading to a constitutional ban on alcohol from 1920 to 1933.

However, just because it is easier to talk about someone’s alcohol consumption, does not mean that they understand it. Especially when it comes to mixing alcohol and someone who has had bariatric surgery. According to studies by the American Society for Metabolic and Bariatric Surgery, people who have already gone through bariatric surgery of any kind:

In plain English, people who had bariatric surgery got drunk far too easy. When they did drink, they would stay inebriated for much longer and would have little tolerance for it. They were also more likely to develop alcohol addiction.  But why is that?

Why is Alcohol Addiction more Likely After Gastric Bypass?

Some people would think that the answer to that question is an obvious behavioral issue. Some people base this off the logic that ” obesity means you are addicted to food, therefore, you are simply switching one addiction to another.”  The idea sounds reasonable enough to a layperson, but that only explains the development of an alcohol addiction.  It doesn’t explain the physical issues. How do they stay drunk longer?  Why does it seem like a little goes a long way?

This is where the removal of the stomach comes in. According to Dr. John Morton, chief of bariatric and minimally invasive surgery at Yale School of Medicine, “Gastric bypass surgery removes 95% of the stomach. Alcohol receptors exist in the stomach and the liver, so by removing so much of the stomach, people lose the first pass at digesting alcohol.” So, it is the surgery itself that causes the low alcohol tolerance.  However, this only scratches the surface.

When people are going through any sort of weight loss surgery, it changes their metabolism.  In fact, it speeds up entirely. Penn Medicine pointed out, “Research shows that blood alcohol levels peak higher and faster and take longer to return to normal. Also, many post-surgical patients consume less food when they’re drinking alcohol. This makes the blood absorb alcohol faster. For many post-surgical patients, all it takes is a single drink to elevate blood alcohol level to the point of legal intoxication.”

What does this all mean? Basically, it is way too easy to die from alcohol poisoning. Unless you are aware of your intake after weight loss surgery, you can run the risk of death by alcohol.  So, if you are going to enroll in weight loss surgery, this is crucial to think about. Can you imagine going through with it? Will you change how you drink, too?

Do you want to learn more about bariatric surgery in Huntsville Al? Feel free to visit here! Visit:www.alabariatrics.com . We are here to help!