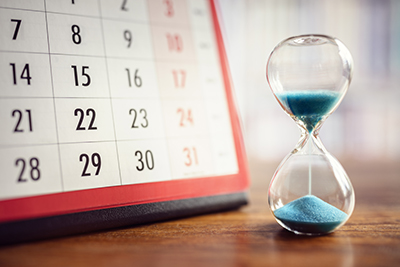 HUNTSVILLE – Some human beings have an uncanny ability to recognize consistent patterns. Much of nature is cyclical including human behavior. When we examine apply our knowledge of these patterns, we can predict immediate future events based on those patterns. It is true that there are occasional unpredictable breaks in behavioral patterns. for the most part, it is how we are able to get a general idea of what to expect in the future.  So, when bariatric surgery experts are determining marketing trends for the next five years, they have a solid foundation to go on.

However, it does beg a question or two. What is the predicted trend for bariatric surgery in Huntsville, Al or anywhere else in the US? What sort of predictors are they relying on?  Let’s find out.

The Current State of the Bariatric Surgery  Device Market

With the increasingly sedentary lifestyles in America, along with the excess availability of fast food, obesity is becoming a problem. In fact, one could argue that it is a problem that is reaching on an international scale. In spite of this increased issue, only 1% of qualifying bariatric surgery patients actually get the treatment they need.

So, it seems baffling that the experts who are making the predictions in the first place can say that the market is growing.  They see the world a little differently. And that is a result of their knowledge of other factors.

This seems a little contradictory to the present climate. This begs the question, “Why are they predicting positive results?” There might be more to this than meets the eye.

The idea of market growth is the increased awareness of both obesity as a whole and the already answered demand for minimally invasive surgical procedures.  According to Business Wire, that spoke about the subject, “Obese and super obese patients following a behavioral modification with diet and exercise and pharmaceutical therapy are not fully satisfied. It is difficult to achieve and maintain significant weight loss. Also, the treatments may not be effective in severely obese patients. This has encouraged researchers to come up with laparoscopic surgical techniques in the field of obesity treatment.  These surgeries are cost-effective and offer minimal invasiveness. Thus, the increasing number of bariatric surgeries and their benefits are expected to drive market growth during the forecast period.”

Unfortunately, as optimistic and as grounded as that sounds, there is a negative that could weigh out the positive. Medical costs.

According to techilabs.com, “Bariatric surgeries are expensive that could restrain the market from growing at its full potential. Moreover, a small group of people having high disposable income and lack of awareness about these devices and surgeries can obstruct the growth of this market. ” Is there a reason for this disconnect in both pricing and reputation? Is there any way that we can combat a lack of awareness when it comes to bariatric surgery devices in Huntsville, AL?

The pricing of bariatric devices is not something that ordinary people can decide. However, we do have control over the narrative when it comes to bariatric surgery awareness. All too often bariatric surgery is either not a topic of conversation or is misconstrued into something else. While it might seem like an outdated notion, it is still a very common one. Only a few months ago, a popular television series got backlash from experts about that very attitude. There is also the other end of the spectrum, where patients panic about side effects. Including death. So, how can we increase the chances for growth?

Public transparency. When governments create PSA’s about obesity and doctors flat out state about what they are doing, people are less likely to be afraid of it. Until obese patients can know why they qualify for weight loss surgery and what it entails, they are going to be afraid. Because people aren’t fans of the unknown. So, when people learn, they are more likely to invest. So, don’t be afraid to talk about your practice. The more people are aware, the more likely the market is going to grow. Then that prediction would be on the nose.

Do you have questions about bariatric surgery? Feel free to contact us. Visit www.alabariatrics.com.