Obesity and Migraines: How Weight Loss Surgery can Help

It is no secret that obesity is connected to a series of co morbid conditions. After all, obesity is correlated with things like heart failure, high blood pressure, infertility, depression, and diabetes. Another comorbid condition may just be added to the list of them. Migraines. A splitting headache that is the stuff of nightmares, migraines often appear at the side of a person’s head and is often combined with nausea and vision problems. It really makes the day to day that much harder and adds unnecessary life stress.

This does beg the question, how are obesity and migraines connected? Is it something that we can’t see? Do we have any data that we can go off of? And how does weight loss surgery solve the problem? Let’s find out. 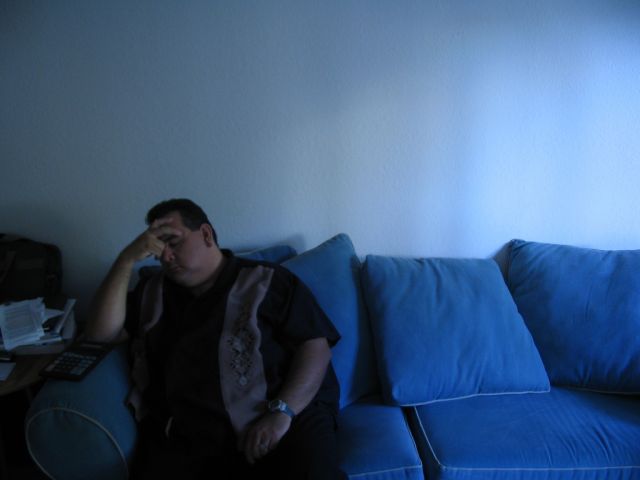 The Correlation between Migraines and Obesity

Dr. Claudio Pagano, an Italian neurological researcher, recently published his own study to the international press regarding weight loss and migraines. “Weight loss in adults and children with obesity greatly improves migraine headache by improving all the main features that worsen migraineurs’ quality of life. There should be a ripple effect on other health issues as well, Pagano suggested. “Weight loss reduces the impact of conditions associated with obesity, including diabetes, hypertension [high blood pressure], coronary heart disease, stroke, and respiratory diseases,” he said.

But this isn’t the first time this has been mentioned.

A History of Connecting the Dots

In the early 2000s, patients that were suffering from migraines at the time reported to doctors that they were having fewer headaches than usual. This prompted a study in 2005 by Dr. Marcelo E. Bigal. His team interviewed over 30,000 patients by phone, asking them their weight and the frequency of their migraines. After comparing and contrasting the data, he noticed a growing trend.  The higher someone’s BMI, the greater the chance of severe headache pain. “Though migraine prevalence is not associated with body mass index, attack frequency, severity, and clinical features of migraine increase with body mass index group.”

This needed further study, according to Dr. D.S. Bond. “Research increasingly suggests that obesity is an exacerbating factor for migraine. However, it is less clear whether weight loss may help to alleviate migraine in obese individuals. We examined whether weight loss after bariatric surgery is associated with improvements in migraine headaches.”

After constructing and executing a before/after study with 12 bariatric patients in 2011, conclusions were drawn. “The current study demonstrated marked alleviation of migraine headaches in severely obese individuals after large weight losses via bariatric surgery. Moreover, patients who had greater weight loss were more likely to experience a 50% or greater reduction in headache frequency. “

So, when people with migraines that suffered from obesity got weight loss surgery, they saw an improvement. And when the patients lost even more weight, this further decreased the severity and frequency of the migraines.

But what causes this correlation in the first place? Is there any sort of solid data that we can point to?

According to the American Migraine Foundation, “Since the mid-1990s, experts have come to believe that fat is a highly active substance. In fact, fat tissue secretes a wide range of molecules that send signals to many other body parts and systems. In people who are obese, the extra fat cells tell the body to make inflammatory proteins. This new understanding of fat cells suggests that obesity keeps the body in a mild, but constant, state of inflammation. We still don’t fully understand how migraine and body composition are related, but studies are underway. At present, it appears that a region of the brain (the hypothalamus) that controls hunger and neurotransmitters associated with migraine may play a key role. It’s also possible that obese people are more sensitive to stimulation.”

There are a couple of shared proteins between the two conditions. The first, orexin, is a neuropeptide that handles food cravings, addiction, lipid metabolism, and possibly migraines.  The second, adipokines, are hormones that secrete fat cells. During the presence of migraines, there was an increased number of adipokines.

Lack of Oxygen to the Brain

The brain, like the rest of our internal organs, needs oxygen to function properly. And when your brain doesn’t have the oxygen that it needs, that is when there is some serious damage.

A 2007 mouse study showed how migraines were moments in which the brain is deprived of oxygen. “Scientists have found evidence that the headaches may also be acting like tiny transient strokes, leaving parts of the brain starved for oxygen and altering the brain in significant ways.”

This leads a few scientists to believe that the breathing problems from obesity can correlate with presence of migraines due to a lack of oxygen to the brain.

If you are severely obese, and you have breathing problems, then it is likely that weight loss surgery can help.  In fact, there has been clinical evidence proving that there was an increase in oxygen intake by weight loss surgery patients.  Only a small fraction of patients needed to continue the use of their CPAP machines, and even then only a lower level of oxygen was required.

So, if you are suffering from migraines and obesity, you might want to consider losing some weight or weight loss surgery. If migraine reduction isn’t a strong enough argument for weight loss surgery, don’t forget that it can help with things like heart disease, life expectancy, type 2 diabetes, and other co morbid conditions.

Talk to your doctor and see what can come of it.

Are you Looking for Weight Loss Surgery in Huntsville, Alabama? Consider Doctor Suggs! Check out the website if you have any questions.  www.alabariatrics.com