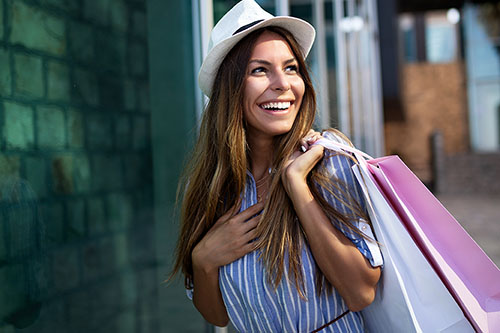 Huntsville, AL – Medical tourism as we know it is not a recent invention. Rather, it results from a storied history of the human pursuit health and welfare. We have always looked to faraway places in search of something that can heal our wounds, rejuvenate our bodies, and cleanse our souls. When we look to our human ancestry, and the things they practiced in the past, we can both see reflections of it in the present and it can help guide us towards a prosperous future when we apply them correctly. That is why we will continue with this comprehensive history of medical tourism.

The next big thing in medical tourism was a combination of old beliefs and new environmental circumstances. Both England, and 100 years later, the United States were dealing with the industrial revolution. While it certainly provided more goods and services, there was also a lot of poor people cramped in small spaces who were underpaid, overworked and stuck in an environment filled with smog filled air.

Medical science was a combination of both observation and superstition at the time. Doctors would observe what would happen when a person suffered a condition. But, modern medicine was still at its early stages. So the result was progress in communication and the idea of health as a basic human right. However, it was also the spread of new diseases, unchecked information, and urban sprawl.

When you add the long standing belief that disease was transmitted through bad air ,(vaccines were more well known starting at 1930 to 1945), you get the idea of the sanitorium. Most wealthy or middle class people who suffered from a medical condition could afford to travel. They believed that fresh air or a change in climate could cure conditions like tuberculosis. This made a perfect condition for the sanitorium.

They combined the idea of living spaces or a vacation resort and a medical center into a sanitorium. This is not to be confused with a sanitarium, which provided long term imprisonment for the mentally and physically disabled.

According to the Journal of Preventative Medicine and Hygiene, “The sanatorium regimen would plan to cure tuberculosis with Galenic principles of hygiene. Isolation, fresh air, exercise and good nutrition. Eminent physicians supported these remedy for the treatment of more serious forms of the disease for a few decades”.

While there were already centers in Europe in the late 19th century, the American medical field began adopting the practice almost a century later. The first instance of an American sanitorium was in Asheville, North Carolina thanks to Dr. Horatio Page Gatchell in 1871, before anyone knew the cause of tuberculosis. Medical experts at the time claimed at 2,200 feet above sea level, air pressure was equal to that in blood vessels. That was enough to convince a lot of people to embrace the idea. So medical tourism became a permanent destination that would combine treatment with relaxation.

But, it wouldn’t last forever.

The discovery of vaccines and bacteria, as well as how they work was a new concept that people did not adopt right away. Up until this point plagues and other natural disasters had no explanation outside of divine intervention. But when vaccines were demonstrated to work in large groups, and there was government wide public education on matters like bacteria, we enter the era of “modern medicine.”

Institutions for learning went through stronger regulations. This leads to doctors going through rigorous training to understand how to diagnose and treat patients. It also blossomed into the specialization of medicine. There would be surgeons for weight loss, nose alterations, and transplants. Doctors that specifically did research into things like diseases, or specific body parts, like the liver. At the same time, technology grew. The application of electricity as a public utility, increased communication, and shared information made each civilization advance in their own way.

In the year 2000, around the time when the internet taking off, we started working on DNA genomes. Scientists completed the draft Human Genome Project (HGP). The project involves collaborators from around the world. The project plans to determine the sequence of chemical base pairs that make up DNA, identify and map all 20,000–30,000 genes of the human genome, and lead the development of new medications and treatments to prevent or cure genetically-based diseases.

We have already come so far in the world of medical tourism. Today it is a combination of seeing specialists and vacationing. It also serves as a cost and time saving measure. People go to another part of the world. See the surgeon or doctor, then vacation once they are recovering.

If you want to know more about weight loss surgery or medical tourism in Huntsville, AL, feel free to visit us at www.alabariatrics.com