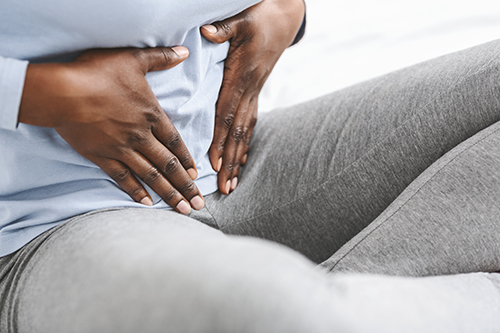 When we talk about bariatric surgery, we often focus on the stomach. This is because most of weight loss surgery relies on the manipulation or removal of the stomach. However, much like the rest of our body, the digestive system is just one part of a whole.  The small intestine is part of the stomach. While doctors and former patients often cite digestive issues while recovering from weight loss surgery, sometimes they don’t take into account the possibility of digestive issues via the intestines.

How the Intestines Work with the Digestive System

When we talk about intestines, whether large or small, we are referring to more than just a tube that runs through your guts. There small and large intestines have their own anatomy and are divided into parts. Some of them are even attached to various organs that play a part in the filtration and digestion of food.

The intestine that is attached to the stomach is the small intestine. The part that links the stomach to the small intestine is the duodenum. While there are some procedures that do not touch the connection between the duodenum and the stomach, there are others that actually mess with that area, which leads to differing results. The duodenum has the purpose of mixing already digested food with bile from the gallbladder and digestive juices from the pancreas. It also kickstarts the absorption of nutrients and minerals.

The duodenum eventually moves to the jejunum, where most of the chemical digestion and nutrient absorption takes place. However, that leaves stomach bile and other nutrients like vitamin B12 that still cant be absorbed in the small intestine. That is why it goes to the Ileum, the part that connects to the large intestine.

While food and waste travels down the large intestine, it does 4 main things. 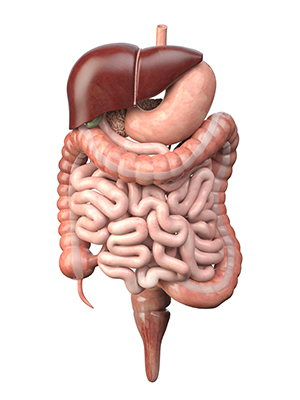 Now that we know the structure of everything, we can get a clear picture of how weight loss surgery can affect the intestinal part of the digestive system.

There are 4 types of weight loss surgery. Each one changes the role of parts of the stomach or removing it completely. Some procedures, cut the stomach off at the top of the esophagus, making it harder for larger portions of food to go through. Others remove parts of the stomach and redirect it to the small intestine.  In either case, the surgeries all disrupt the normal part that the stomach plays, breaking down large bits of food in acid.

Because the stomach is there, the intestines can worry about breaking down smaller portions and absorbing nutrients, as well as controlling the microbiome in the guts that are responsible for hormones.

However, the stomach is either a lot smaller or just not there post weight loss surgery. When you take that away, there is no place that can break down large bits of food. Since the stomach is not as large as it used to be, there is less material to work with.

This can lead to the double-edged outcome for people who go through weight loss surgery. On one hand, it can make you feel fuller sooner with a smaller stomach and will trigger enough of a hormone change that can help control your hunger.  On the other, there is not much food for the small and large intestine, meaning that there might not be enough nutrients for it to absorb.

Focus on decreasing the portions that you are eating, chew your food thoroughly, eat at a slow pace, and do not eat your food too quickly. There is a reason doctors and nutritionists give that advice. Especially after someone goes through weight loss surgery. Dont run the risk of overworking your intestine.

If you want to know more about weight loss surgery, visit us at www.alabariatrics.com