Anyone who has lived in the state of Alabama long enough knows that the area is deeply rooted in its traditional viewpoints on many subject matters. It would not be hard to find someone in the state that spoke only English, were Christian, loved college football and voted Republican. This is the default culture of our state and it is not likely to change any time soon.

Unfortunately, it is also the case with obesity in the state of Alabama. The CDC has pointed out at around 2008 that all but 10 counties had an adult obesity rate of over 29%.  The other ten counties didn’t fare that much better either. Their adult obesity range was between 26% and 29%. This means that 1 out of 4 adults are classified as obese.

One of the main ways that a person can tackle their obesity issues is to undergo weight loss surgery, along with the pre-op and post-op programs that go with it.  But how often does it happen? Not enough.

So, what is the issue? What are some of the factors that are keeping people from getting the weight loss help that they need?

It has been mentioned in a previous article that there was a link to poverty and obesity. ADPH.org explicitly noted, when coming up with a strategic plan to reduce obesity in the state that, ” The geographic distribution of obesity illustrates the highest burden
is in 16 counties, 15 of which are in Alabama’s economically depressed region.”

This sort of poverty is illustrated in both a lack of availability in nutritional food access and adequate healthcare.

While the Affordable Care Act of 2010 has decreased the percentage of Americans without health insurance, that does not mean that it increased the availability of healthcare to the US. A  health care scale was created on dependent on factors like access to preventative medical and dental treatment with a number range of 1-50. 1 was the best. 50 was the worst.

Alabama is not the greatest state when it comes to healthcare.

We ranked 46 out of 50 when it came to the level of healthcare access being provided.

Why that is, I am not sure. But if I were to hazard a guess, it might have to do with poverty. The same reason for the grocery gap. Out of 50 states and a few other American territories, we rank at 48 for the average household income. Our average income in 2015 ranks at about $45,000. To put that in perspective, the number one state for household income, Maryland, averaged out at $ 76,000.

Weight loss surgery is considered a last result when handling obesity and it makes sense. The last thing you want to do is undergo an irreversible procedure without exhausting other options. But what are those other options? How much do people in Alabama know about diet and exercise?

Public schools usually have a bare minimum when it comes to talking about nutrition. As far back as 1996, “Practically all public schools (99 percent) offer nutrition education somewhere within the curriculum, and many integrate it within the total curriculum (70 percent). ” And that is great. When children are learning something important, like a language or nutrition, they are  more likely to retain it.

However, American adults don’t do so well when it comes to practicing what we preach. Alabamian adults especially.”In Alabama, 77.4 percent of adults do not eat 5 servings of fruit and vegetables a day. ” “Alabama was ranked as the tenth worst state in terms of prevalence of no leisure time physical activity. Twenty-seven percent of Alabama adults reported participating in no leisure time physical activity.”

Why are kids better at nutrition than adults are?

This is because kids in public schools , are in a controlled environment where blocks of time are carved out for exercise and the type of food they eat is decided for them.

Adults have too easy access to junk food, and are easier to prepare than fruits and vegetables.  And  they have the freedom to come up with their own schedules, which can make procrastination much easier. 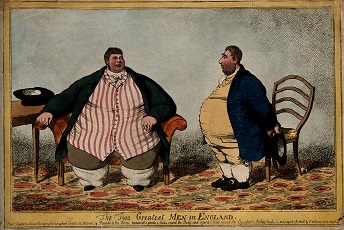 Most of the people in Alabama, (or at least where I live) tend to get their information via word of mouth. If someone has news, it will quickly spread to their inner circle, then their friend’s inner circle.

This is most likely due to the fact that 84% of  adults in the state are high school graduates. Only 31% ever moved farther than that. Higher education is expensive, and it has already been established earlier that Alabama has a low income rate. So, it makes sense that they educate themselves through their social circle, in lieu of reading medical journals about the subject.

So, it is more likely that the only time the subject matter would come up is if a person is considering the surgery, or someone they knew had it.

The most they have ever heard of weight loss surgery is the social reputation surrounding it. Including, but not limited to its misconceptions, rumors, and preconceived attitudes.

These misconceptions range from believing that weight loss surgery will make you an alcoholic, to thinking it is only a cosmetic thing.

This lack of understanding is further exaggerated by the insurance process. Going through all that questioning makes obesity look like it is entirely the patients fault for a lack of self control. However, they aren’t looking at the bigger picture of what causes  or exacerbates the condition. This causes potential patients to retreat in shame or not even seek treatment

Alabama weight loss surgery doesn’t happen often because no one ever talks about it. Nor do they take the time to educate people on what the procedure is, and how helpful it can be. And until there are more people who are willing to share with their friends and neighbors, this will be the trend for a while.