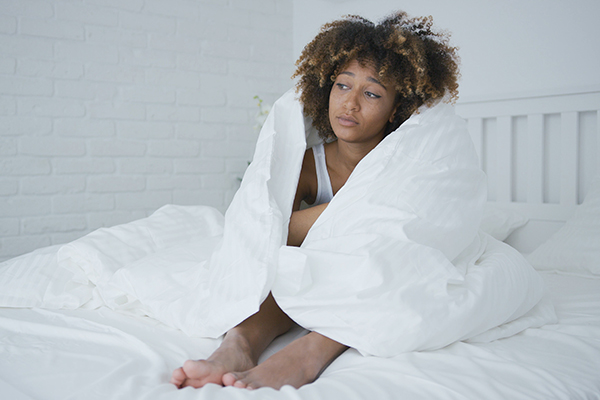 Huntsville, AL – There are many after-effects of bariatric surgery. Some that are more immediate than others. Low alcohol tolerance, nutrition malabsorption, hormonal shifts, and digestive issues.   However, there are a lot of them that don’t fall under anything related to the digestive system. This includes things like temperature sensitivity. I have met people who have gone through bariatric surgery consistently complaining that they are always cold. This usually leads to the assumption is that it is a side effect of weight loss. But they are often cold during unusually warm temperatures. Sometimes up to 70-degree weather in the middle of December. So is there some other biological reason that explains this? Is it something biological, psychological or both?

Loss of Fat = Loss of Insulation

First, we need to go through the more obvious reason bariatric surgery patients are feeling colder. They are losing a lot of fat quickly. According to Kaye Bailey, a boxing journalist, and successful weight loss surgery patient, “Fat is a highly efficient insulator. Consider animals native to cold climates: for example sea lions and polar bears. They are loaded with insulation and thrive in cold climates. When gastric bypass patients follow the rules: eating protein and exercising, the weight loss can only come from fat or stored energy. In effect, you are losing your insulation. Less insulation increases the likelihood that you will feel cold.”

This is not too surprising. After all, fat does technically have a purpose, even though we can still get too much of it. It is why people can survive times of extreme weather and why it was associated with prosperity during the Renaissance. But this was when food was scarce and we didn’t understand the implications of what chronic obesity can do to a person.  But that is only a piece of the puzzle. There is still another important thing that fat does.

Fat is also a repository of stored energy. That means that our metabolic processes can tap into fat whenever there is a need for extra energy. When we have excess weight, it requires more energy to move. This makes our bodies work harder and stay warmer.

According to that same journalist, “The second reason for feeling chilled is that the metabolic cell processes are not working as hard as when you were heavier; it takes fewer calories and less energy to maintain and move a smaller body. Think about using an electric mixer: if you are whipping egg whites for a meringue the mixer will do this task effortlessly. But use the same mixer to knead bread dough and it will become warm to the touch, it is working harder because it is moving more mass. The same thing happens with your body; the more mass it must move, the harder it works. As a result, it generates more heat.”

However, there are more explanations for people who went through bariatric surgery. Another one that is common, but less talked about in relation to bariatric surgery in Huntsville, AL is anemia. A Tijuana bariatric surgeon explains, “After undergoing a gastric bypass or other kinds of weight loss procedures, it’s not uncommon for patients to experience anemia. Anemia is a deficiency in red blood cells or hemoglobin in the blood, which causes fatigue and may also contribute to cold intolerance. The reason it may occur in some weight loss surgery patients is an iron deficiency. If the person’s diet is low in iron or they have undergone a malabsorptive surgery that reduces calorie absorption during digestion, it may be difficult to get all the iron a person needs.”

We have all these explanations, all of which sounds plausible and reasonable. But what can bariatric patients do to fight off that extra chill in the air?

How to Keep the Cold at Bay

First, if you have gone through bariatric surgery and you find that you are persistently cold, you can always talk to your doctor. They might have some insight for whether it is an iron deficiency or if it is something else entirely. Another thing you can do is put on multiple layers of clothing or at the very least keep a coat handy. Finally, the last thing you can do is just keep a record of your body temperature. Keep it close to 98.6 degrees Fahrenheit and move around to at least generate more heat energy.

If you want to know more about bariatric surgery in Huntsville, AL visit us at www.alabariatrics.com