Diet and Lifestyle after Weight Loss 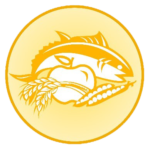 With bariatric surgery, you’ll learn a whole new, healthy way of eating. And enjoy it. And not be hungry. And be successful with your weight loss and health improvement. It’s all about a healthy lifestyle and being happy. In short, you’ll love it!

Phase 4: regular foods one month and beyond

Note that for the laparoscopic adjustable gastric band, there are some differences in the progression of the diet, and some foods which are off limits. The band diet is more restrictive than the sleeve and bypass diet. These differences will be discussed with you if you elect to have the laparoscopic adjustable gastric band. Also, the Orbera intragastric balloon has its own diet. See separate page on this website. 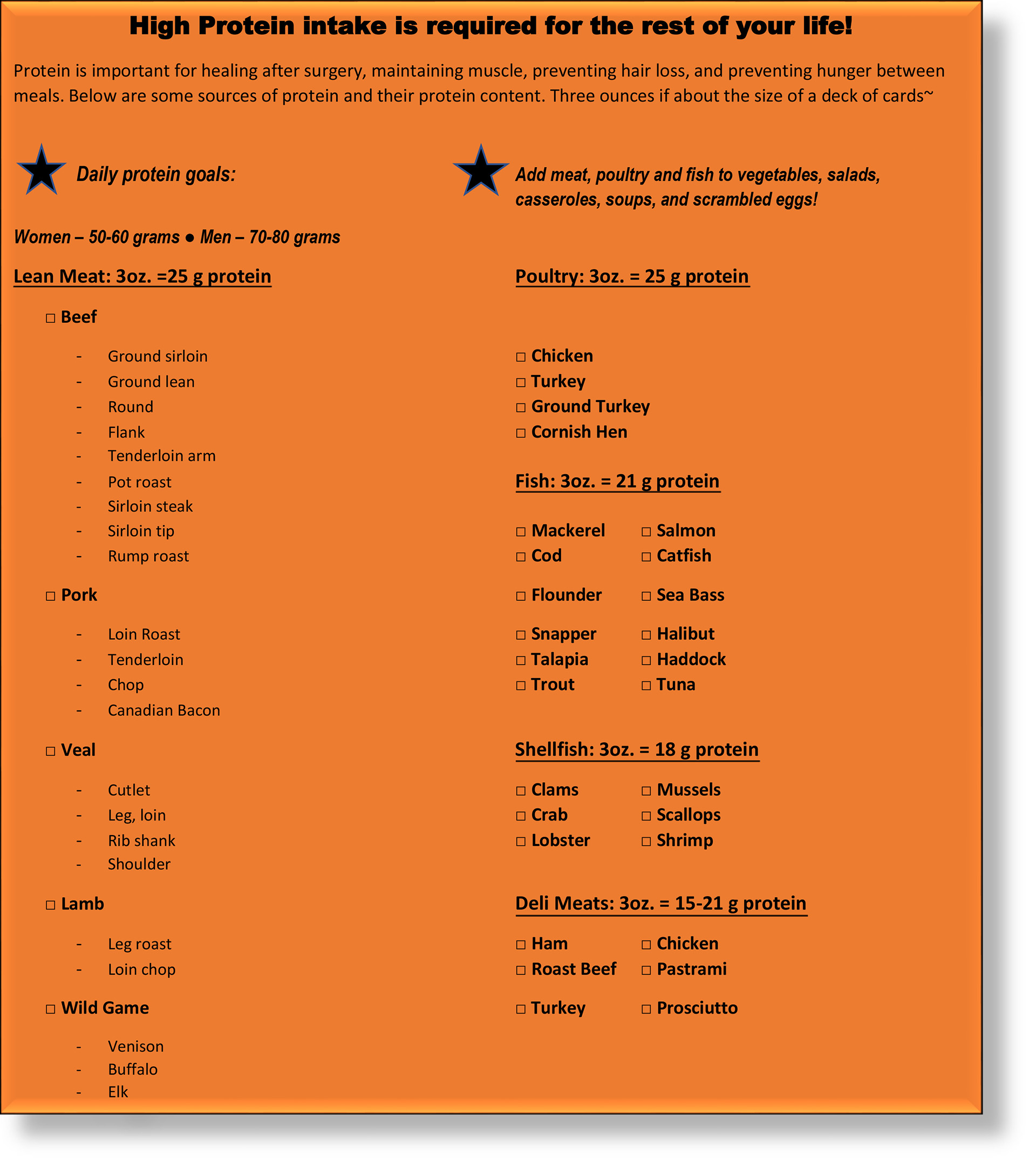 Patients will need to take supplements every day for the rest of your life to prevent deficiencies. For the first 4 weeks after surgery, supplements need to be chewable, liquid, powder, crushed, or crumbled.

*Calcium is taken 2-3 times a day because your body can only absorb 500-600mg at a time. Separate calcium doses by at least 2 hours.

I still ate any and all fruits, meats, nuts, and even some chocolate.  Lots of salads and veggies. I did not go hungry.  I did not watch fat intake, but did avoid fried and greasy foods.   I even had occasional wine and beer, but in greater moderation.

I must mention that the first 2 weeks of the diet were particularly austere.  During that time frame, I ate zero bread, potatoes, fried food, pasta, and desserts. Within a couple of days, I realized I had a sugar addiction.  It was tough, and I never really intended to keep that phase up, but I did lose 5 lbs in the first week!

Most of my meals were at home.  And I’m by no means a gourmet cook, which proves my point that an average person with little culinary skills can still prepare delicious, healthy, home cooked meals.  I did have to, or even desire to, eat out sometimes.  I tried only to go for the healthier options.  But, I also occasionally skipped a meal because there were no healthy options on the road.

Exercise was and still is a critical component.  I typically run about 15-20 miles per week.

I still had to eat my yummy grain-based cereal, but with less sugar.  Somedays I had V-8 and a slice of bacon for breakfast!   Usually, I broke the diet big-time once a week.

I’ve kept the weight off by maintaining those healthy lifestyle changes, weighing frequently, dieting again if my weight creeps up, and eating lots of good food including carbs, fats, meats, and some sweets.  I still try to keep my carbs to about ¼ of my plate usually, and I still eat a lot less fast foods, snack foods, and processed foods.  But I do still have indulges. In fact, as I sit here in the Embassy Suites in Memphis writing this, I plan on indulging in the Manager’s Special tonight!

A year later I’m still doing great.  Although I failed over Christmas time and picked up a few pounds, I’m slowly taking that back off.

How my wife lost 20 pounds:

She did it differently than me, and has been every bit as successful. Which proves my point that there are many paths to successful dieting and lifestyle changes.

She did not decrease potatoes or starches or fruit, nor eliminate fast food and prepackaged foods.  She did increase exercise, reduce the total intake of calories, and decrease snacking and desserts.

Both of us have been successful, but we each took different approaches.

Confessions of a sugar addict:

I did not know that I had a sugar addiction until I came off of it!  The first few days were rough, but then I felt much better and full of energy.  Over Halloween and Christmas my weight crept back up again.  Guess why?

My best friend, an emergency medicine doctor in Wisconsin, challenged me to run a 10k with him when we were planning a trip to visit him and his family.  I took up the challenge.  But, since I had stopped running years before and was basically an overweight coach potato, I knew I needed to do some training.  So, I spent 10 weeks preparing. The first week was brutal.  I could run only about 5 minutes, then had to walk about 10 minutes.  But, after the first 2 weeks, I could run about 3 miles without stopping.  I added about a mile per week until I could run over 7 miles!  Yes, I was fairly slow but I could do it.  The day of the big race, I had my best time ever and felt great.

After that success, I continued training.  I developed a sensible program in which I ran 3-4 times per week, almost always in the morning when I’m at my best. Over the next 2 months, I was able to run about a mile further very week on my “long run”.   I lost about 7 lbs in the process, without really dieting. This training culminated in running my first half marathon.  That’s 13.1 miles!  From couch potato to athlete – if I could do it, so can you.

Since my first half marathon, I’ve lost 20-25 lbs, and run another half and other races.  In fact, I’ve substantially increased my speed and can run without getting winded.  My knees no longer hurt when exercising, and my cardiovascular health has improved greatly.  In fact, I’m healthier now than when I was in my 30’s.  I continue to exercise 3-4 mornings a week.  There’s no looking back.